At Martins and Katriinas Karviainen farm the broad bean is now produced and processed to Voima-Papu. This new food plant is once again the new superfood for the whole Finland.

The Family motto has always been good food.

“Better to be down here a Gastronome than an astronomer.”

Every generations aim has been to improve cultivation or the farm in the spirit of the time. 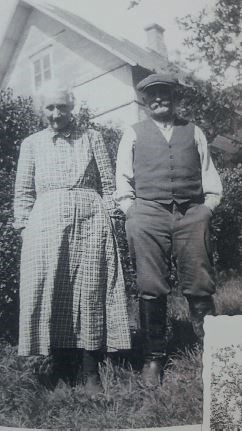 At Karviainen farm, diverse livestock was kept by Martin and Emilia, ranging from cows to chicken. 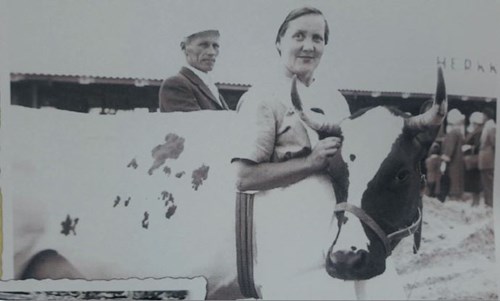 Dairy production was a passion of the farmer’s wife when Olof and Kaija owned the Karviainen farm. The cow named Omega was one of the first cows in Finland to officially produce over 100 000l of milk. 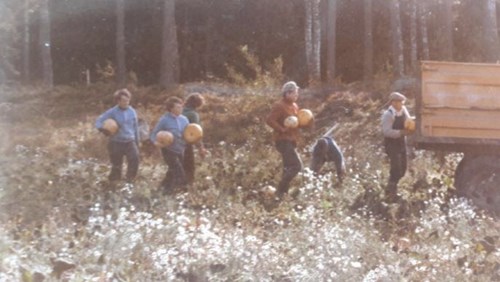 A sow pig farm and pumpkin production was started when Hans and Raija owned the Karviainen farm. Pumpkin was and is still a quite rare production plant. The pumpkins from Karviainen farm were processed at Saarioinen factory, and available for all of Finland.

Summer cottage neighbors visited in 2016 to visit the end of the field and said "WAU, you farm superfood here in Angelniemi". This made Katriina's thoughts rush to see if this plant would diversify the farm's production even more. This was the starting point for a visit to a local bakery, and through that, beef beans were made in Salo in 2016 before Christmas. First, visiting REKO made an effort that our products would also be on store shelves. This is how you had to think of your own brand and logo for the product, this is where Voima-Papu Karviainen was born together to replace the host.

When Katriina baking a "date cake" at Christmas 2016-2017, Katriina noticed through the damage that this can reduce your sugar / fat from what you had used before. I was just excited about this!

In 2017, marketing to stores began immediately and there were then three products (grits, flour and whole beans). At the head of a small computer engineer, he began to burst into thoughts of what else the bean would be like. In the summer of 2017, a roasted and lightly salted whole snacks product became available. This is how the Voima-Papu product family grew.

2017 was pretty hard for the Voima-Papu brand creation, then came the Christmas ship time when a lot of delicacies were made with chocolate. Thus, the hostess of the farm again wondered "how to make the children go healthier with chocolate?". And one night the idea came to coat its guests with roasted kidney beans in white chocolate. This idea went well for the smaller ones in the family before, but there was no idea of ​​these until the right products.

However, this positive thought from the guests ’comments was left to simmer. From this, Katriina went to think and call through chocolate companies. When the call at Kultasuklaa Oy was received positively and the ideation started immediately on the phone, this is how the first test batches arrived to replace Karviainen in the mid-weeks of Christmas 2017. And the kids were enchanted, so much chocolate!

Thus, in 2018, there were 3 more Voima-Papu products, which means that we can already talk about a decent product family. These new taste experiences came next in the summer of 2018, when the roast of the ready-to-use roast was made immediately at the request of the customers. Of course, after the hostess’s personal use, it was easy to make the product right up to the consumers. On the gooseberry farm, all products are based on personal benefits. 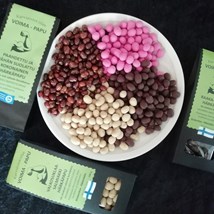 This 2019 year has started at a rapid pace, we started repairing an old blast furnace stone pig farm into a bean packing place. Raija, Martin's mother said “now the pigsty is now PAPULA!” This is how it got the new name PAPULA right at the beginning of the year. In this way, we will also be able to use the Papu farm shop more widely than during Christmas. 2019 was a difficult year of growth, we got Papula fixed and operational.

The year 2020 started on a positive note, Voima-Papu Muro reached the recommended selections of K-Citymarkets around Finland with our other bean products. Our goal for 2020 is to conquer the whole of Finland and invest in solar power!

However, in March it slowed down as elsewhere in Finland, of course our online store came into play. However, in a small role but fortunately we had our online store ready. It now supplies Voima-Papu products all over Finland. However, light came to the end of the tunnel when we were contacted in the summer, our roasted kidney bean meal is in Mother Patuka in the Finnish Success Recipe competition. This cooperation, on the other hand, brought good credit to our own work and to the fact that our dream of Finnish solar panels will come true. 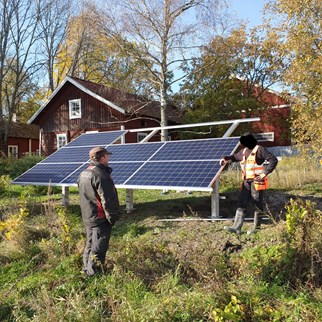 Scan magazines made small inform us, there you could read it: https://scanmagazine.co.uk/karviaisten-tila/